Karlín is a Clasicist suburb of Prague, planned behind the city walls. It was a place, were the early industry (19. and 20 century) setled. As the city grows, the center is consuming other neighboring parts. Karlín today is a leading developing area of the Prague city center. The halls, which were used to 1990 are empty today. The place is special: during the history 5 halls merged into each other into the huge L shape multi hall. The distances are almost 100 x 100 metres and it is the last of its kind in this city part.

The project was iniciated by the biggest developer of this area. Small market with shops, gallery, museum and special event space should be inside.The functions are separated by the different halls, but not closing them from each other.

Hall a): The oldest part of the complex is the only street facade one. Café is put into the tower with the geometrical clasicist triangle frontispiece with circle window. The tower is even higher to increase the domination over the unbuilt street.The huge windows with arch are extended to the ground to make independent entrances. The hall is filled in with an easy structure framing that allows the partition walls to be set. The shops are easily changeble and separately rentable.

Hall b): this space is kept as an open space for events.

Hall c): Gallery part. it is opened to the b hall, but optionally separated by mesh rooler shutters. The gallery space is designed to create “light choreography”. The roof windows are set with movable light shafts. The light is transfered by them to the demanded places. Moving them up and down changes the atmosphere of the inner space. From light filled hall to dark “spotlighted” area.

Hall d): The smallest is filled with the WC, service places and offices.

Hall e): The longest one, in the bottom of L shape is a museum to an exhibition company. The industrial interior is kept. The idea is walking through the gaint space. Three independent platforms (space truss construction) are hung on the formal crane tracks by the side of the hall. They are all connectedwith staircaises. The lift at the end brigngs the people on the highest one, descending back through the exhibition. For wheelchairs is used a new crane that transfers the people on the platform. 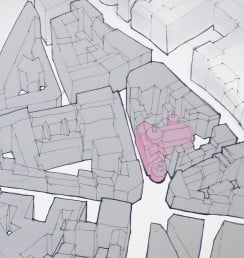 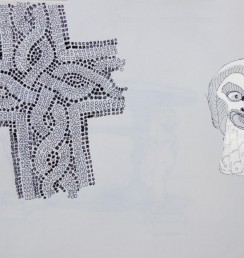 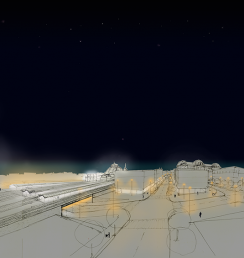 Pilsen Main Train Station: the Key of Developing the Area